Well done to our Year 6 dodgeball team consisted of Toby W, Matthew T, Maddie W, Dhunia R, Ella C, Oscar C, Josh T, Sam A George A and Sam H who recently took part in a competition against other local schools.  The team played 10 matches and impressively won 7 of them!  After a very nail-biting second half of the tournament, our team were named runners-up coming second to Long Ditton (St Mary's).

Football
Our girls’ football team took part in a competition at Imber Court on Monday against seven other local teams. We finished second in the initial group stage and overall third in the whole competition. On Tuesday we played another match against a strong St Albans team and lost 5-1. Good luck to the team in their next match on Tuesday against St Paul’s.

Congratulations to our hockey team who won the Quicksticks tournament at Surbiton Hockey Club this week. They played   brilliantly, winning their group to reach a very tense semi-final,   in which they scored in the last minute of the game. The final was an end-to-end game, with both teams desperate to score and take the gold. The final whistle went with a 0-0 draw, and both teams securing places in the County Final.
Well done team! Netball
A friendly versus St Paul's resulted in three wins.  Well done to the three teams of both boys and girls. 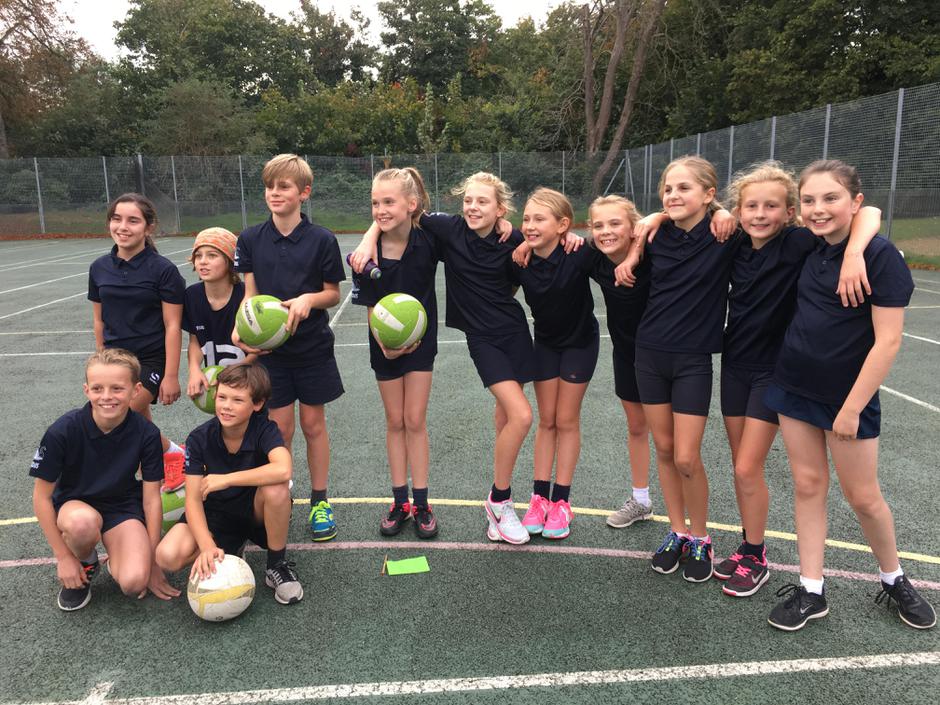 April 2016 - Football Our boys' football team took part in the thrilling semi-final against Esher Church School.  They were narrowly beaten 2-1.  Well done to all that played and a special thank you to Bede Feltham and Dom Fairfield who coached the team this season.

Our boys’ football team has finished top of their group winning every match and will go on to play Esher Church School in the League semi-final. Our girls’ team played their final match yesterday at St Alban’s Primary winning 2-0.

22nd March 2016
We entered two teams for the Elmbridge Tag Rugby tournament at Cobham Rugby Club earlier this week.  Unfortunately, our B team lost all of their matches, but our A team were unbeatable, winning all of their gorup matches, before beating Hinchley Wood Primary in the semi-final and Esher Church in the final.  We now go onto represent Elmbridge in the Surrey Finals on 27th April.

On Monday 21st March, a team of six gymnasts took part in a competition at St. Albans School in Molesey. They each performed two floor routines and a vault. Kiran came away with the highest vault score and the gold medal for the best overall score! 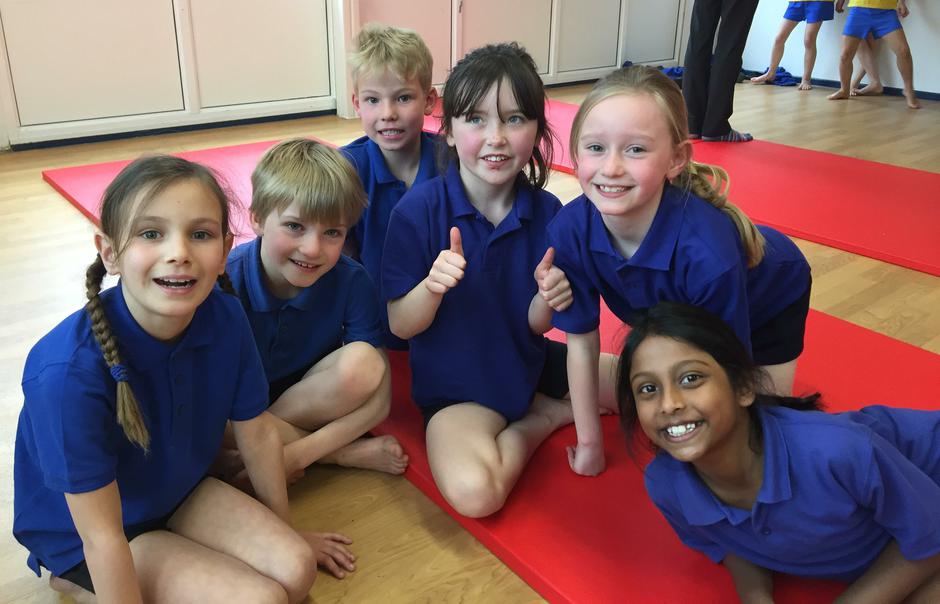 Last Saturday we took a team of runners from Year 3 to Year 6 to the Esher District cross country championships. 13 schools from across the borough entered teams and there were up to 80 runners in each race. The weather was pretty perfect for the event, although a little chilly for the spectators!

All of our children competed extremely well. They showed great grit and determination in each race, individually pushing themselves to the limit. I honestly don’t believe any child could have given any more. Not only were the children great sporting ambassadors, their personal conduct was exemplary. It was an honour for Miss Hodkinson and I to be there with this group of children. For this they need to be commended.

There were some exceptional individual performances;

As a result of each child’s efforts TDJS were crowned District champions. We were delighted with result and very proud of every competitor’s efforts.

Whilst the school were taking part in this event, a Year 6 pupil, Cerys Howells won Bronze in at the British Schools Biathlon Championships. I know she is delighted with the result but as a school, it is wonderful to hear of our pupils achievements outside of school. We were devastated that she couldn’t represent us at the District cross-country event but clearly she is very talented and this amazing result speaks for itself. Congratulations Cerys…….Olympics 2024? 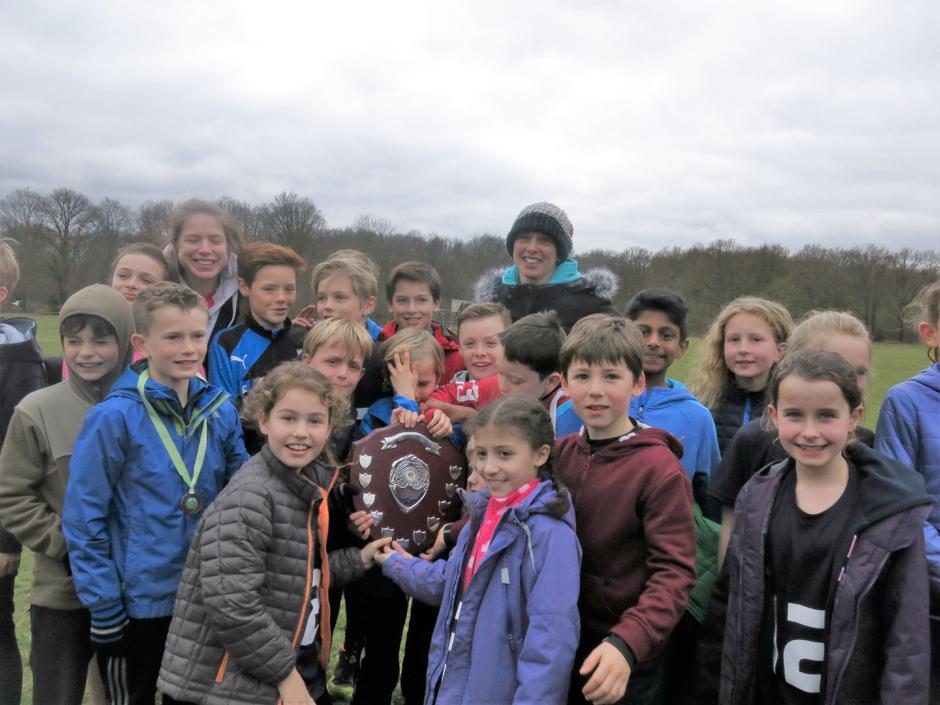 18th March 2016
Our netball A team played in the Surrey schools tournament recently alongside 12 other teams and beat all their opponents to  bag a place in the final. It went to extra time - and a last minute goal from Claygate meant we had to accept 2nd place.

The B team also played today and won 3 matches and lost 2. TDJS showed    superb sportsmanship and we were very proud of all the children who took part.

Another win for our netball team.  16-0 versus St Andrews.  Well done team. 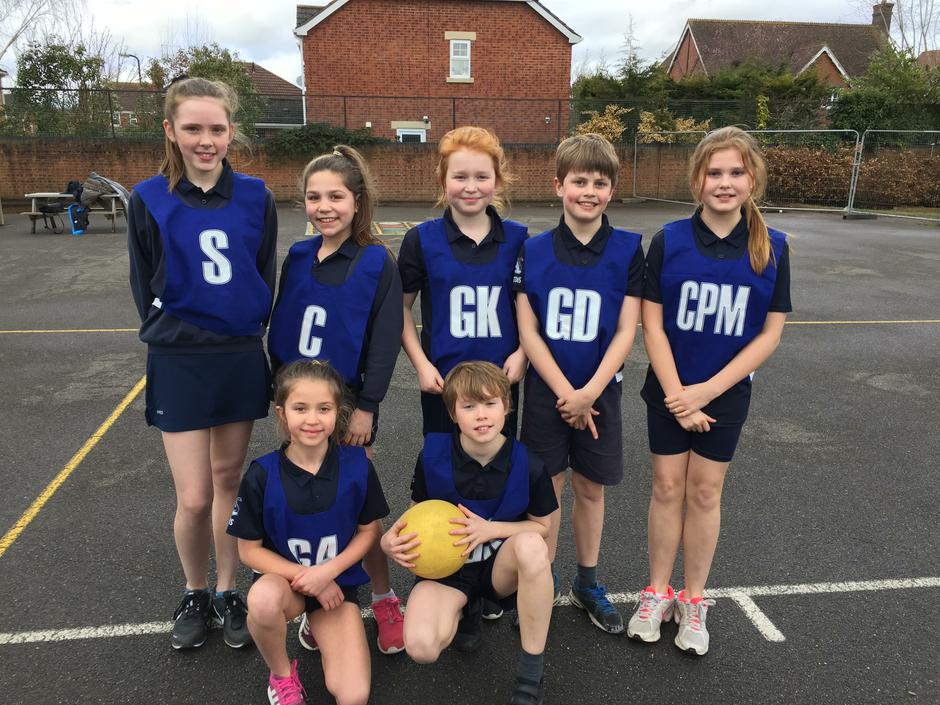 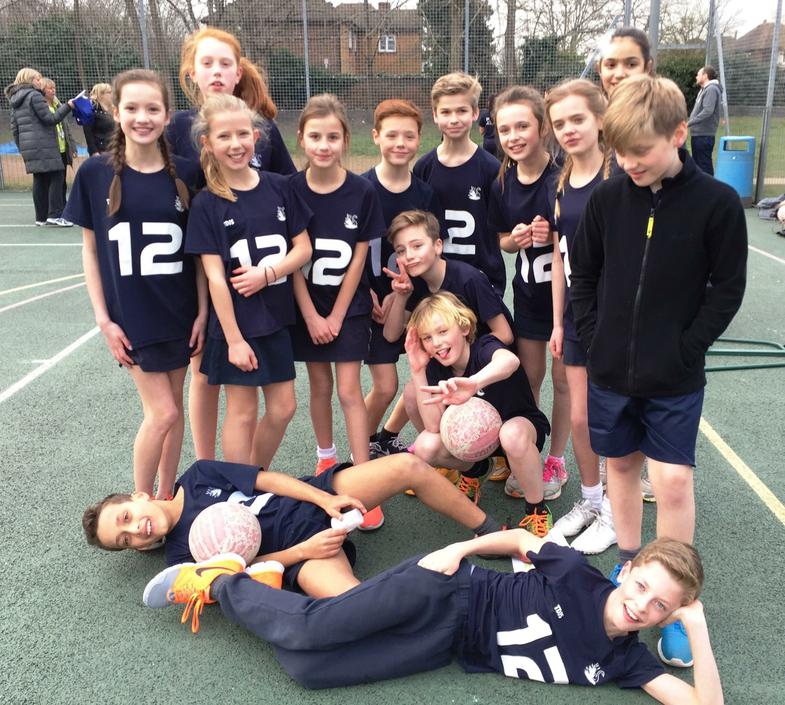 TDJS Girls' and Boys' hockey teams fought hard against Esher Church School in today's friendly.  Great play from all and we hope to have another friendly soon. 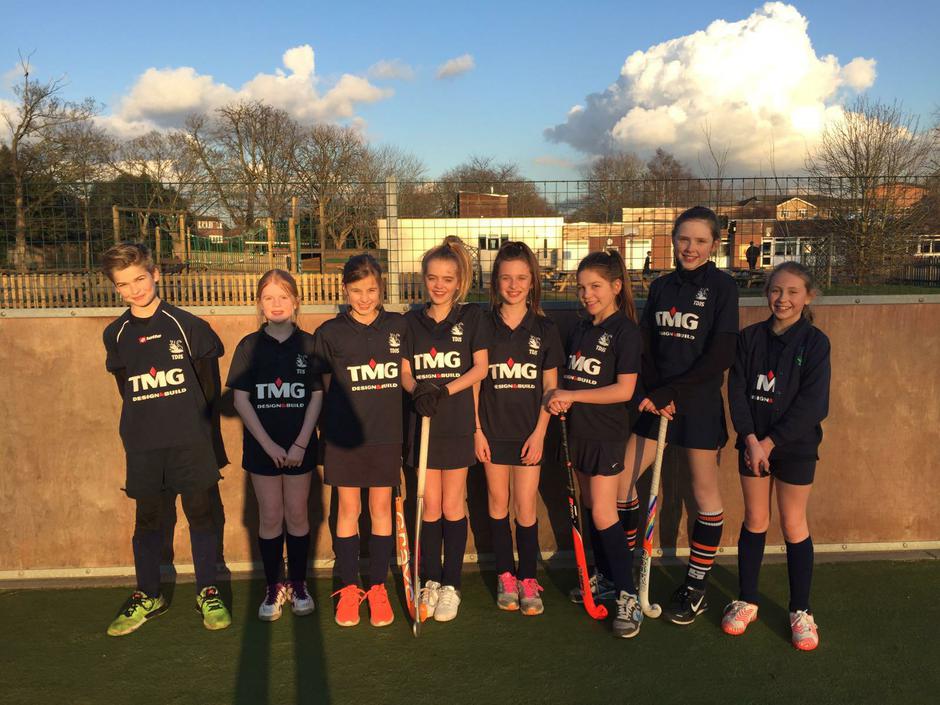 6th February 2016
Congratulations to our boys' football team with a 4-1 win against St Lawrence.  Goals from Ashton, George and Luke.
Thanks to their manager Dom too. 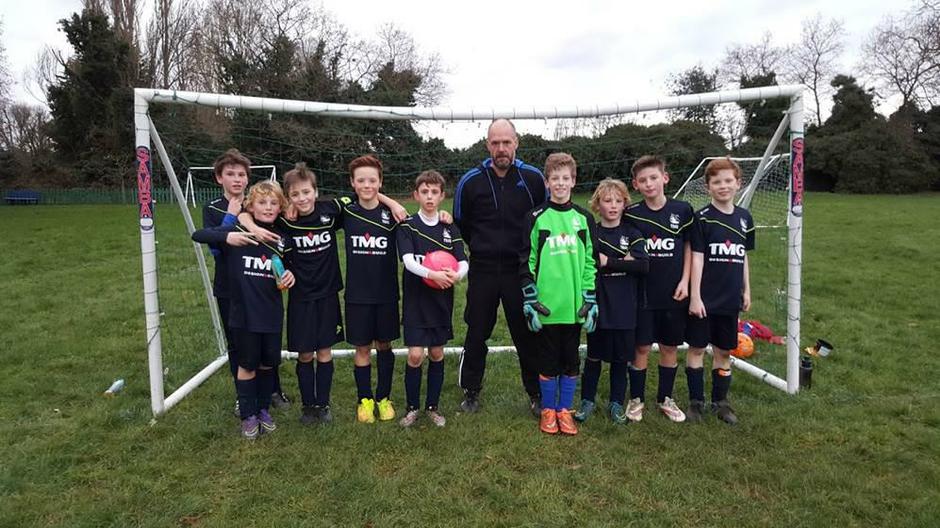 28th January 2016 - Our girls' football team competed in the Surrey Primary Schools' Tournament having qualified from the Elmbridge competition a couple of weeks ago.  All the teams competing had won or finished second in their local tournaments so all teams played at a high standard.  We played four games in the initial group stage:

These results meant we qualified for the semi-finals, where we were beaten 4-0 by the eventual winners Bishop Gilpin.  We then lost the 3rd/4th play-off match 2-1, but it was still a tremendous performance to finish 4th out the 300 primary schools in Surrey. 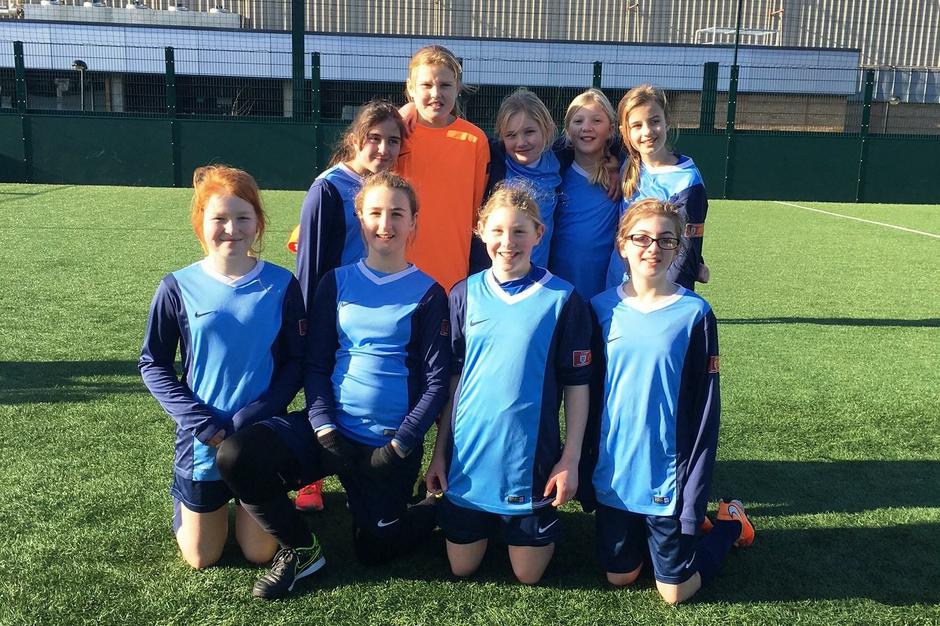 25th January 2016 - Congratulations to our Netball teams, who took part in exciting and tense matches against Claygate Primary today.  The A team won 5-4 and the B team won 5-3.  Well done to both teams. 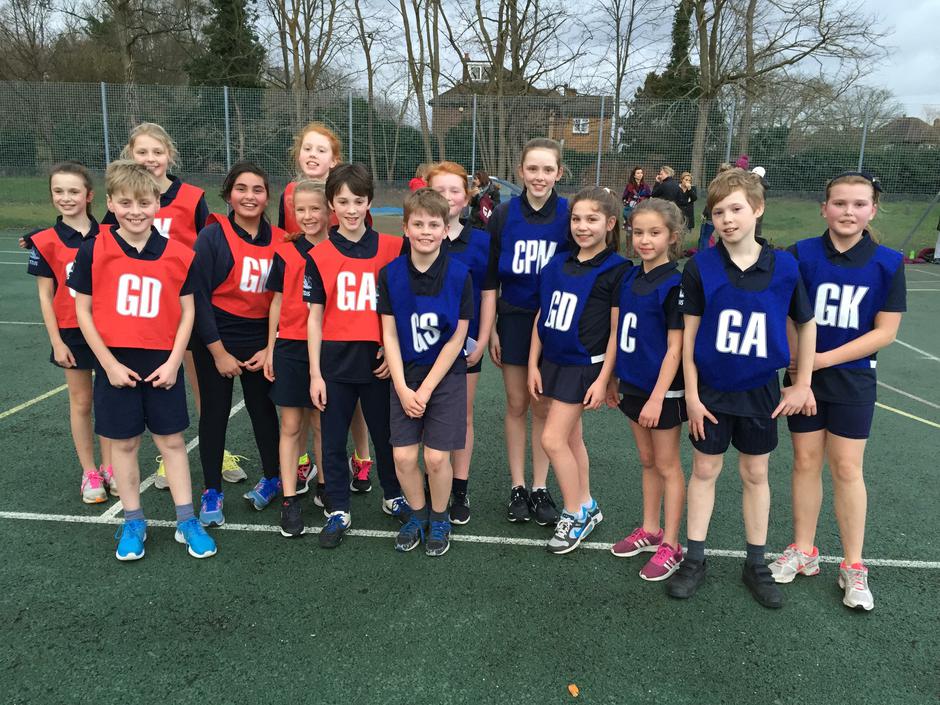 By winning four matches and drawing two others, we reached the play-off final where we played Claygate A.  The result was again 0-0 meaning that the competition would be decided on penalties.  However, like the English football team, this was to be our downfall and we were beaten 4-3.  Our team will still be progressing to the Surrey Finals though!  Well done to Ella K, Ella C, Jaimee B, Cerys H, Dhuia R, Maddie W, Lucy S, Jemima C and Faith H.

Unfortunately not the ones with chocolate chips.

Some cookies are necessary in order to make this website function correctly. These are set by default and whilst you can block or delete them by changing your browser settings, some functionality such as being able to log in to the website will not work if you do this. The necessary cookies set on this website are as follows:

A 'sessionid' token is required for logging in to the website and we also use a 'crfstoken' token to prevent cross site request forgery.

Cookies that are not necessary to make the website work, but which enable additional functionality, can also be set. By default these cookies are disabled, but you can choose to enable them below: